“More thrilling than fifteen men on a dead man’s chest–more fun than a bottle of rum!”
-Robert Louis Stevenson, author of Treasure Island

“If I could only bring one book to a desert island, that book would be MAROONED.”
-Daniel Defoe, author of Robinson Crusoe
“I wish I’d thought to make mine interactive…”
-Herman Melville, author of Moby Dick 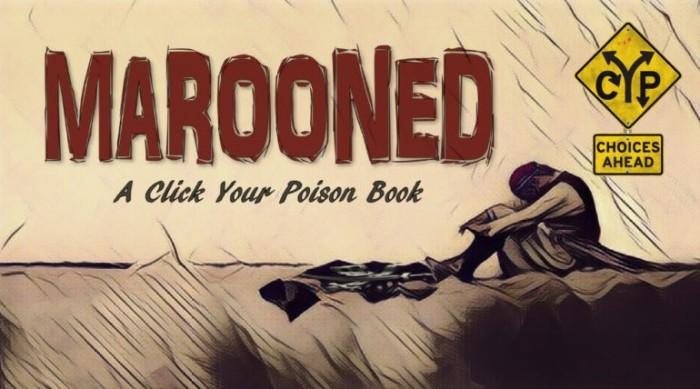 3 Unique Storylines. Over 50 Possible Endings. Just one question… Will YOU Endure Treachery and Survival on the High Seas?

Here’s how it works: You, Dear Reader, are the main character of this story, a youth born to prosperity in the English countryside. Now it’s up to you to sail atop the vast oceans or be swallowed into their murky depths. Each link represents a choice, and there’s no going back, so choose wisely.

Whether you’re a fan of classic books series like Horatio Hornblower and Aubrey/Maturin, or more modern films and shows like Pirates of the Caribbean or Black Sails, you can now live your own high seas adventure! Like the gamebooks popular in the 1980s-90s (Choose Your Own Adventure, Give Yourself Goosebumps, etc), this is a series where you choose how to progress through the book. Unlike any others, this is the first novel-length interactive book series for adults. And as an ebook, you simply click your choice and the story flows forward for you. No flipping pages.

Prefer a paperback? Make your choice:

You’re captive on a pirate ship, but the Royal Navy is giving chase. What do YOU do?

-Find a weapon. Time to fight off these pirates and help your liberators! Go to page 106
-Sabotage the ship. Drop the anchor and strike the sails! Go to page 259 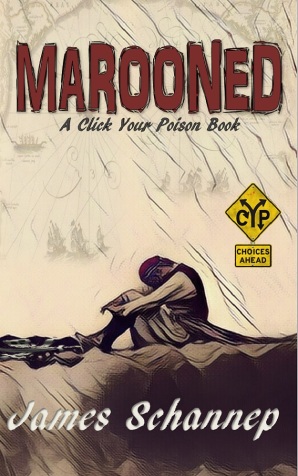 Today I “started” the next title in the Click Your Poison series, a High Seas adventure called Classically MAROONED. I say “started” because I’ve been researching and plotting this book for some time now, but only now has ink been virtually spilled on a word processor.

I know I said this book would be released in 2017, yet sadly, I must finally admit that it won’t. But, please bear with me, this is a good news post. My goal is 1000 words per day, which would put me at 100 days of writing. If you’d be so kind, let’s round that up to four months. Two more months of notes, rewrites, and editing; we could possibly have this book published in six months. That means we’re looking at Spring 2018 as a possible release.

Unfortunately, that makes this the first year since I started CYP that I won’t release a new title. Sure, I have excuses (moving halfway across the world, plenty of travel, working on a zombie screenplay with another screenwriter, as well as Rebooting the Star Wars prequels), but truth be told, I’m still very disappointed by this fact, as I imagine many of you are.

Yet the point of this post is to share excitement! Excitement that the writing (my favorite part!) has begun. I can already tell this will be a wonderful Click Your Poison volume. Classically MAROONED will share the research & realism of MURDERED, the humor & wit of INFECTED, the character development of PATHOGENS, the action & adventure of SUPERPOWERED, and of course, a special quality all its own.

To help you share in my excitement, let’s do the cover reveal first. Right now, in fact. Here it is!

Living in England provides a fantastic opportunity to set a book during the Golden Age of Sail within the British Empire, but why pirates?

I’d originally thought to do an adaptation of several literary classics (hence the “Classic” in Classically MAROONED), to re-tell Moby Dick and Treasure Island and Robinson Crusoe in CYP form. But as I went through these stories, my usual idea fountain kicked off and I thought, “Why are you doing this? Because you want to tell someone else’s stories? For publicity? For ease of marketing? Write your own damn story, that’s why you do this. That’s why people read your work, because it’s told in your voice! Make your own world, do what you love because you love it, and the rest will come.”

So, I’m being true to myself, and loving the process. Day one: complete. 1223 words.

Thanks for reading! What do YOU think?